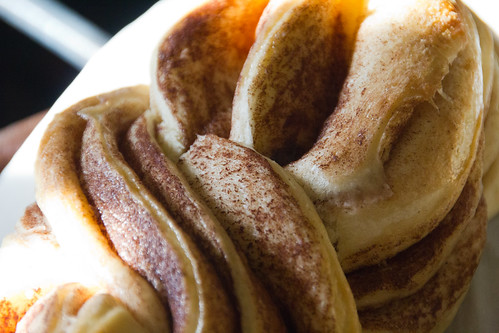 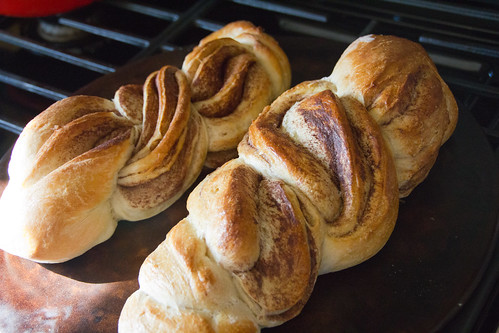 I made pretty bread!

Actually, I’m going to say that this bread is beautiful.

Not even sorry about bragging here, because if you guys know me, you know how much I struggle with bread. I have cried, laughed, given up, and tried again when it comes to making bread look pretty. I’ve gotten so upset over pie crusts that my husband has to take over. I have pretended that “it’s supposed to look rustic” so many times that it’s shameful.

But I did this all by myself! (Cue the squealing and jumping around.) 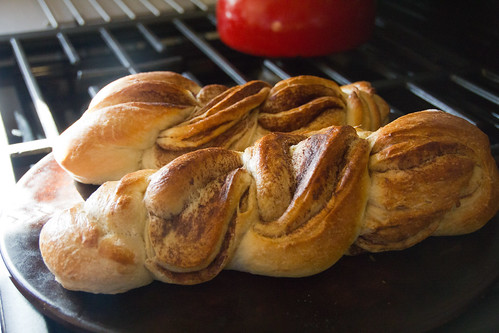 You’ve got to try this too! Because, really and truly, if I can do this, a nine year old can probably do this. 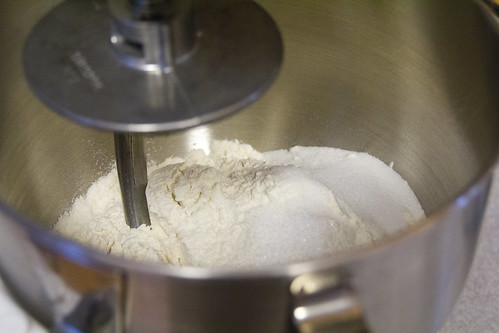 It starts out with flour, sugar and salt. 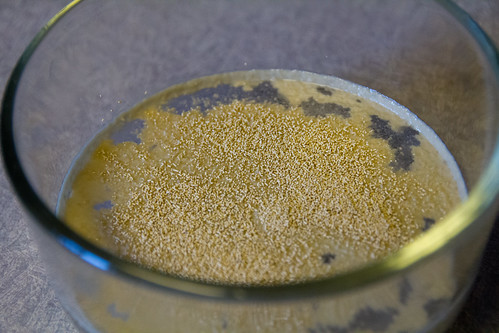 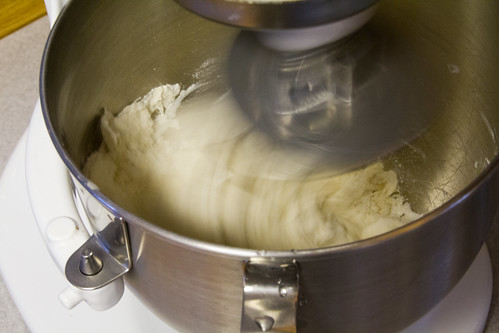 Which combine into dough. 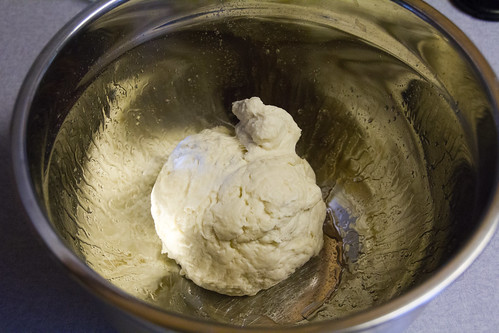 Up until that point, I can manage without any problems. Here is where things usually get tricky for me. 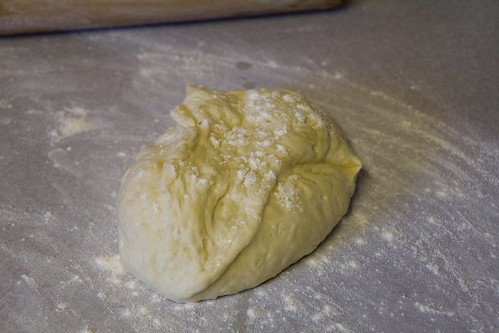 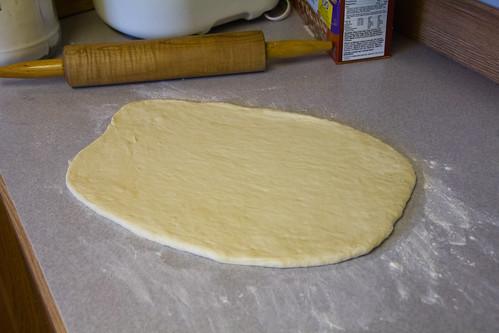 The dough is rolled out into a large rectangle. (And yes, this is really my attempt at a rectangle shape. I swear I did not fail kindergarten.) 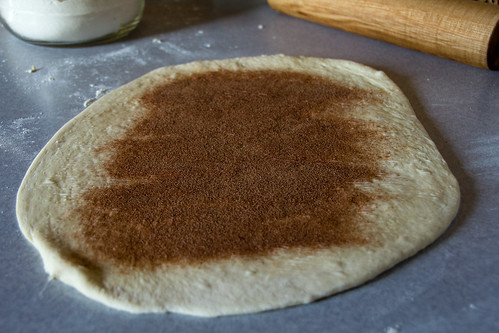 Then you just spread on some butter, and sprinkle it with a heavy layer of cinnamon and sugar. (Don’t be like me. Use more butter and make sure your cinnamon sugar goes much closer to the edges.) 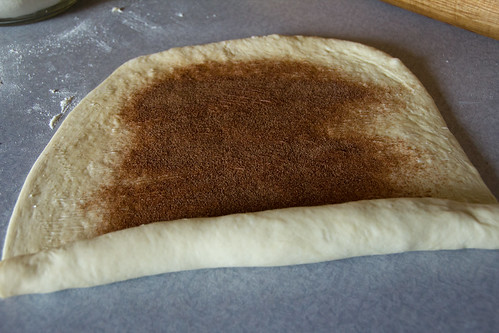 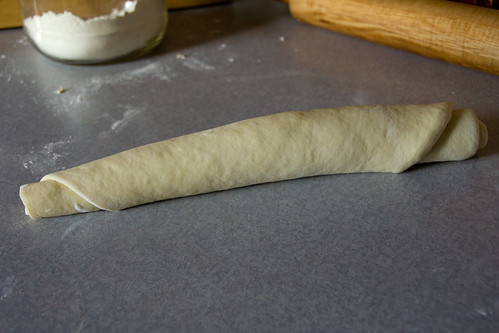 And then you roll it up as tightly as you can. With practice, I’ll get a tighter roll. This was ok, but not great. (I was already freaking out by this point, but trying to keep it together.) 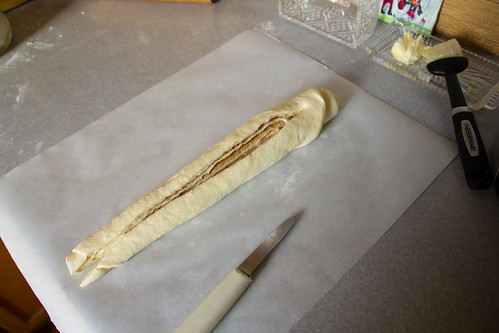 Then transfer the roll to parchment paper, and cut it down the middle with a sharp knife. Make sure you leave about an inch at the top uncut. 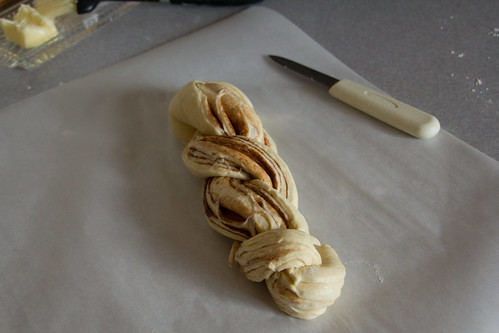 I couldn’t get pictures of me twisting the bread, because I was afraid that if I paused to take a picture it would be ruined and I’d cry again. So! All you have to do is twist each side a little so that the layers are facing the ceiling, and then cross the strands over each other all the way to the bottom. Then just tuck the ends under the loaf. 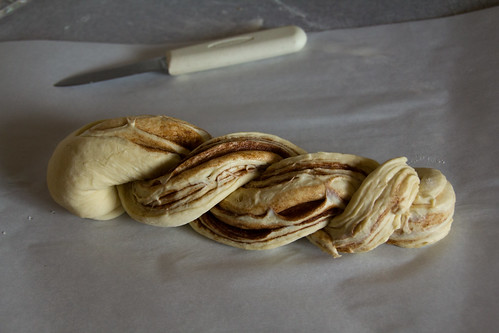 Like so. And then let it rest. Then all you have to do is brush the outside with an egg wash and bake. 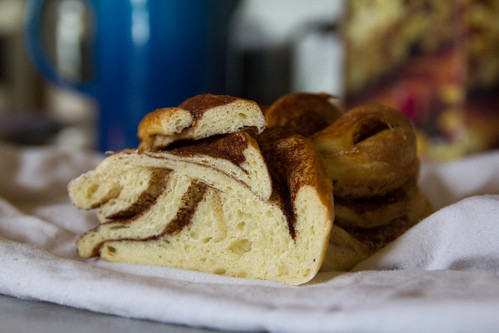 This is best served warm, and on the day you make it. We ate it plain, but my son suggested that this bread should be frosted like a cinnamon roll. Do what makes you happy.